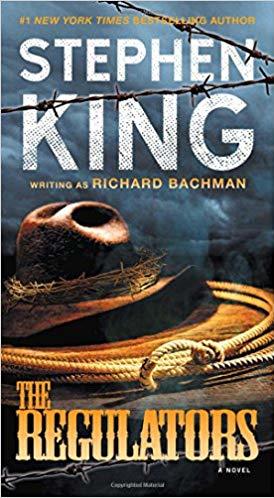 The Regulators is a 1996 novel written by Stephen King under the pseudonym Richard Bachman.

In the town of Wentworth, Ohio, an autistic boy named Seth has gained power to control the reality around him (thanks to the machinations of the sinister Tak) and turns it into a caricature of The Wild West based off the shows that Seth watches. Creatures from Seth's imagination begin to attack the town and the residents are forced to work together to stop Tak.