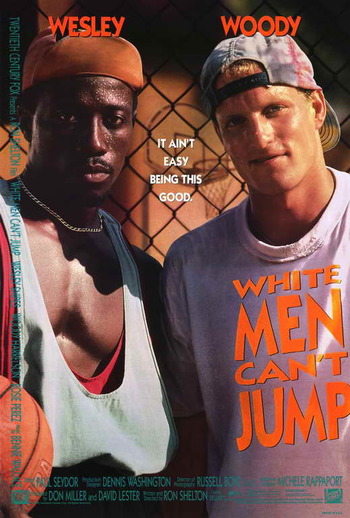 It's about two basketball hustlers, Sidney Deane (Snipes) and Billy Hoyle (Harrelson) who work the playground courts of Los Angeles. When Billy ends ups hustling Sidney, Sidney proposes the two of them team up to play in a tournament and to hustle other players as a warm-up beforehand. Written and directed by Ron Shelton of Bull Durham and later, Tin Cup, the movie boasts his signature snappy dialogue and a real handle on athletes and their egos. Also bizarrely got an In Name Only video game adaptation for the ill-fated Atari Jaguar.