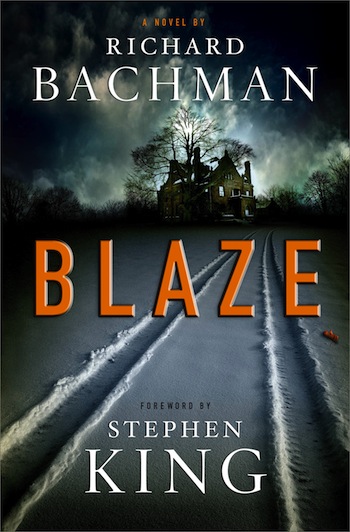 Blaze is an early novel written by Stephen King that predates even Carrie. Finding it to be overtly sentimental, King shelved it. He later rediscovered it in the attic and, with much revision, published it in 2007 under the pseudonym of Richard Bachman.

Clayton Blaisdell, Jr., also known as "Blaze", is a mentally challenged con artist. Under the guidance of the 'ghost' of his dead partner, kidnaps the infant son of a wealthy millionaire for ransom. The plan begins to crumble as Blaze begins to bond with the baby.