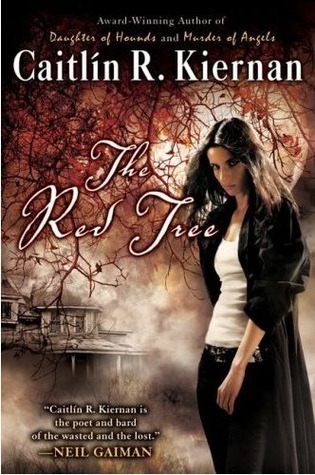 In the fall of 2008, writer Sara Crowe commits suicide shortly after renting out an old farmhouse in rural Rhode Island. One month later, her editor receives a strange, anonymous package: a stack of Sara's journal entries, from the time she moved into the old house to the point of her death, wrapped in butcher paper and sent with no explanation, return address, or cover letter.

As it turns out, while wandering into the house's cellar looking for a cool place to read, Sara had discovered an incomplete manuscript written by deceased parapsychologist Charles L. Harvey, who was documenting a number of urban legends, accidents, and murders surrounding a red massive oak tree less than a hundred yards from the house (and the same tree he was found hanging from after apparently committing suicide). Curious, Sara started reading the unfinished text.

And that's when things start getting weird.

The Red Tree is a Psychological/Surreal Horror novel written by Caitlín R. Kiernan presented in the form of an Apocalyptic Log. It has been nominated for the 2010 Shirley Jackson Award for Best Novel, as well as the 2010 Locus Award for Best Fantasy Novel.

Compare House of Leaves (which is also about a protagonist slowly driven mad after discovering a dead man's unfinished manuscript) as well as The Haunting of Hill House. Not to be confused with Shaun Tan's picture book of the same name.

The Red Tree contains examples of