Literature / The Woman with the Velvet Necklace 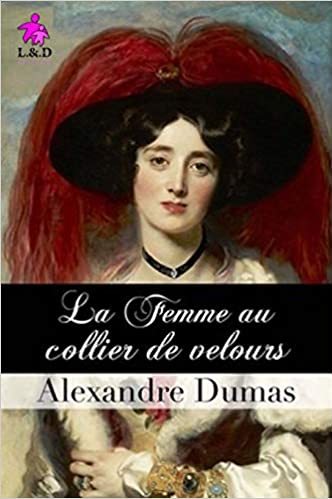 Ernst Theodor Wilhelm Hoffmann, commonly just "Hoffmann," is a German art student/musician/poet Desperately Looking for a Purpose in Life with his friend Werner. Hoffmann and Werner plan on going to Paris, but most plans are put off by a lack of funds. However, just when they're ready to go, Hoffmann falls in Love at First Sight with Antonia, a pure and sweet musician's daughter, and stays behind in Germany to prepare for their wedding while Werner trots off to Paris. It isn't long, though, before Hoffmann itches to join Werner. Antonia lets him go, with only two conditions, and it's off to Paris!

Just one thing Hoffmann forgot about. The French Revolution is in full swing.

His very first day, he witnesses the beheading of Madame Du Barry, and is deeply disturbed. Unable to take in the art in the museums, and with no way to find his friend Werner, he goes to the Opera, where he finds Arsène. She's incredibly beautiful, absolutely unattainable, and Hoffmann doesn't take long to decide he must have her. What follows is one man's descent into vice, lust, and the frenzy of Paris during the Terror — and, possibly, complete insanity.

Tropes Used in This Work Include: