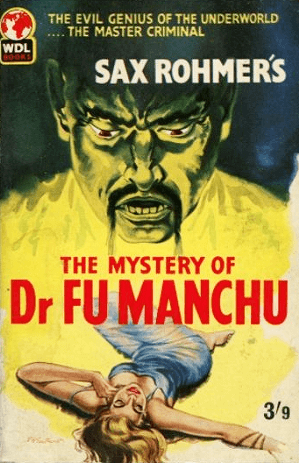 His Doctorate is in EVIL.
Penny: Your "arch-enemy"?
Sheldon: Yes, the Doctor Doom to my Mr. Fantastic. The Doctor Octopus to my Spider-Man. The Dr. Sivana to my Captain Marvel... You know, it's amazing how many supervillains have advanced degrees. Graduate schools should do a better job of screening those people out.
— The Big Bang Theory
Advertisement:

Science created the atom bomb, it unleashes monsters, it angers the gods — Science Is Bad. As a corollary to this, intelligence in media is often used for evil, or belongs to the Mad Scientist.

At least half of the characters in Comic Books whose names begin with "Doctor" are evil. Even the good Doctors are often weird, being prone to mad science, a blind pursuit of forbidden knowledge, or proving their critics wrong.

Actual practicing medical doctors are usually exempt from the evil title, probably because it's hard not to get behind a surgeon or doctor who actively works at saving people's lives, even if they're a jerk. Those who aren't in a Medical Drama tend to get less slack on this, though. In a nutshell, it's a mitigating factor, not an exception. (See "Mad Doctor".)

Interestingly, "Professors" aren't evil nearly as often as doctors, though Professor Blackhearts are not unheard of; this can be explained by the fact that Professor is associated with teaching, wisdom and a scholarly lifestyle (attributes of The Mentor), whereas Doctor seems to imply hands-on experience.

Notably enough, it's actually possible to get a doctorate in the study of evil. The field is called Ponerology, although very few universities actually offer such a degree. Definitely issued by the Academy of Evil.

Compare Mad Scientist, which is often synonymous with this, as is Evil Genius. When they're Not That Kind of Doctor, there's overlap with Aristocrats Are Evil, in that the title is an indicator.note Given that The United States eschewed the title system, this may well be their replacement trope. If they had a medical license but lost it due to ethics violations, they had a Doctor's Disgraceful Demotion.

Dentists and psychiatrists are technically doctors, but see Depraved Dentist and Psycho Psychologist for examples of when they turn evil or insane.

And yes, the trope title can be abbreviated as M.A.D.