Literature / The Speed of Dark 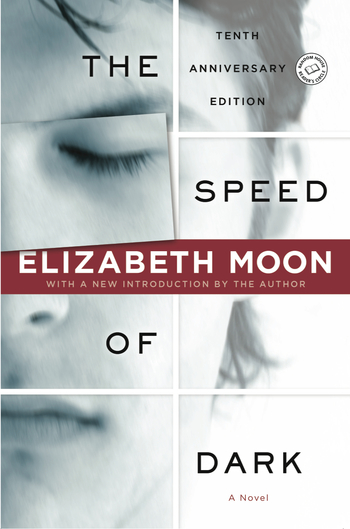 The Speed of Dark is a 2002 science fiction novel by Elizabeth Moon.
Advertisement:

20 Minutes into the Future, a cure for autism has been invented, but it only works in the womb or in infancy. Lou Arrendale is part of the lost generation of autistics, born too early for the cure. He works as a bioinformatics specialist in a department with many other autistic people. When a cure that works on adults is developed, Lou's boss pressures him to take it. Lou and his coworkers must decide whether to undergo the treatment or not, even though it will change the essence of who they are.

The Speed of Dark contains examples of: