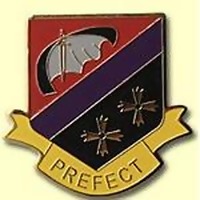 Been there. Done that. And now writing about it.
Advertisement:

A prolific creator of Fan Fiction, mainly but not exclusively set in an Expanded Universe which seeks to add more detail to Sir Terry Pratchett's Discworld. Other universes and creations which have received the Pessimal treatment include Good Omens, Dad's Army, Father Ted, Scandinavia and the World, Frasier, Daria, The Big Bang Theory and Viz.

The creator is believed to be functionally illiterate in several world languages, including English, and in his early fifties lives in current semi-retirement somewhere in the North of England. He has been a university student (twice) with dispiriting and indifferent results. He has served in the British Army — he notes in a way that combined the better qualities of George MacDonald Fraser's McAuslan, Terry Pratchett's Corporal Nobbs, and other outstanding uniformed icons. This may have included guided tours of Stroke Country and the beauty spots of Northern Ireland, experiences that informed his later writings. As this is mandatory for authors looking for something interesting to put on the About The Author page, he has also, in no particular order of importance, been a professional cook/chef, kitchen porter, dishwasher, storeman, bank employee, dustbinman, carpetlayer, roofer/tiler, salesman, manager of old people's home, barman, funeral director's general factotum, and male stripper. note This list is not exclusive. One of these is made up in a vain attempt to make the author sound more interesting.

He took to fanfic like a swamp dragon takes to shoe polish, and cannot be stopped, despite attempts by a despairing wife to drag him from the keyboard. He is also the sort of unreformable geek who still builds Airfix models for pleasure and recreation, and his strawberry plantation in the back garden has had an exceptionally good summer. Despite cats.

The author has recently spent time in a typical British hospital, albeit one which has been at the centre of several major investigations concerning the possibility that patients were being murdered by staff. He now believes no actual murders ever happened and the deaths were the result of good old fashioned British management practices combined with administrative screw-ups. He got out alive, anyway, and may incorporate his experiences into future stories.

Fanfics with their own pages:

The works of Pessimal

may be found on Fanfiction Dot Net.

Tropes exploited and done to death by this author include: