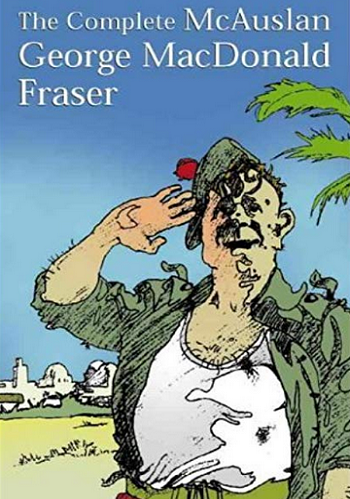 It chronicles the adventures/misadventures of young Lieutenant Dand MacNeill (who is in no way Fraser himself) in a Highland Battalion in the wake of the Second World War. The series is named for the dirtiest soldier in the world, who is part of MacNeill's platoon and whose horrific exploits are the source of amusement and disgust to both the reader and his fellow soldiers.

Fraser's memoir of WWII Burma, Quartered Safe Out Here, is a nonfiction prequel; the first McAuslan story literally takes up where the memoir leaves off, with Fraser/MacNeill's assignment to officer training at the end of the war.

The series consists of three volumes, each named after a story within: The General Danced at Dawn, McAuslan in the Rough, and The Sheikh and the Dustbin. An omnibus edition exists called The Complete McAuslan.