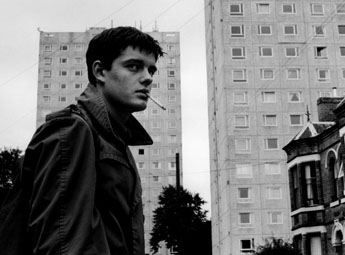 Northern England. To those of the metropolitan southeast in particular, a strange and alien place full of salt-of-the-earth lower-class types who talk foonae, notable only for football, pop music, and flat caps. To some Londoners, this is anywhere north of the M25, the motorway surrounding Greater London, forgetting about The Midlandsnote (another popular informal boundary between the North and South (with The Midlands again being lumped in with the North) is an imaginary line drawn from the Wash to the Bristol channel. Northerners, however, draw it from the Humber Estuary to the Dee Estuary, excluding the unloved Midlands which are lumped in with the South). Geographically, the North is usually classed as Cheshire, Manchester, Yorkshire, Liverpool, Lancashire, Durham, Tyne & Wear, Northumberland, Cumbria and parts of Lincolnshire and Derbyshire.

It's less crowded than southern England, but not half as rich or full of TV bosses note Though thanks to a concerted effort by the BBC (and followed by other media organizations such as ITV) to relocate a large chunk of its resources to Salford and Manchester, this is beginning to change. The media sometimes portray a stereotypical place of urban deprivation, coal mines, and men in flat caps. Expect stories about working-class struggle, unemployment, crime, alcoholism, and old men having humorous adventures. There may well be trouble at t'mill. The setting of many a Kitchen Sink Drama.

Northerners are sometimes held in the same low regard as Australians and Texans for being too loud, proud, and generally insufferable, like in At Last the 1948 Show's Four Yorkshiremen sketch. But surveys have shown that Northern accents (particularly Yorkshire) are thought to be the most "trustworthy", thanks to the no-nonsense stereotype. Just as in the South, urban regions - and especially factory or mining towns - of the North of England often vocally supports the Labour Party, especially concerning trade unions (think of all those coal mines, steel mills, and so on). Express praise for Margaret Thatcher at your own risk.note However, Labour's support is less prominent than it used to be, many of the same mining areas whose jobs she took away have started voting for the Conservatives, especially after Brexit which somewhat changed England's political geography, due to a lot of traditionally Labour areas being very supportive of Brexit, even though ironically economic assessments have shown they'll be among the people worst-hit by Brexit. As noted above, British TV creators largely don't live in the north, but many grew up there and remember the north-south divide in those days, which is likely why the trope persists on British TV. It is important to remember that this only applies to urban and industrial areas: rural areas of the north in counties like Yorkshire have always been some of the safest Conservative constituencies in the country (eg Harrogate).

of "up North" in the phrase is "Ee, it's grim oop North".note Incidentally, "ee" sounds like a cross between "aye" and "hey" and "oop" rhymes internally with "foot" not "soup" While living Oop North certainly isn't fun, it should not be confused with Grim Up North.

Not to be confused with the American counterpart, Ap Nort'. (Not least because, in the US, many of the stereotypes associated with Northern England are instead spread out between Appalachia and a different part of the Midwest, known as the "Rust Belt"