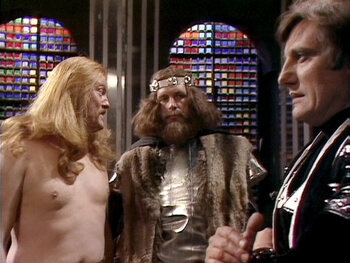 While his colleagues try to get through the hanger door to Scorpio before a Self-Destruct Mechanism destroys Xenon Base, Avon is caught in a war between two gender-divided societies, the primitive male Hommiks and the technologically-advanced female Seska.