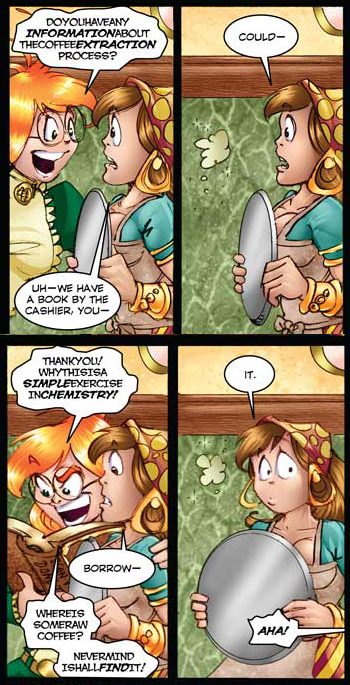 " note An automatic circumciser is a device for cutting cigars.
Advertisement:

A character who speaks if not constantly then often so quickly that it's hard to make out individual words and with the appearance of not having to stop for breath which sometimes makes it sound as though the audio track has been set to Fast Forward, this is often a facet of the Genki Girl or The Ditz who seems to be able to redirect the oxygen destined for their brain to their mouth whereas if smart characters do this they often fall victim to Sesquipedalian Loquaciousness usually this counts as the specific subtrope Gibbering Genius and it is also a trait of a character who is panicking upset afraid angry worked up or excited and launches into rapid-fire babble because of their emotional state although in a few cases characters who do this anyway end up going into a weird state and start doing it even more BECAUSE OFTHESTATEMENTIONEDABOVEORMAYBEJUST—SHUT UP!

[deep breath] OK, as we were saying?

In advertisements this is Rattling Off Legal and in Music it becomes a Patter Song and can lead to Something Something Leonard Bernstein while for the absurd comic book examples where this is explicitly not addressed see Talking Is a Free Action. Characters may do this during a Character Filibuster or when Holding the Floor to prevent others interrupting. If your Motor Mouth character tends to talk like they're in an infomercial (and they're not actually selling anything), then they probably Speaks in Shout-Outs as well. In comics, Wall of Text and Wall of Blather are common.

Contrast... Dramatic... Ellipsis... You Talk Too Much!, AND! PUNCTUATED! FOR! EMPHASIS!

I don't need to draw backgrounds when Mink is talking.

In a series of highlight clips, scambaiter Kitboga reveals the secret to making scammers truly furious - just keep talking over them, telling a long rambling story, to the point of them raging about how much you talk and how you won't listen.

In a series of highlight clips, scambaiter Kitboga reveals the secret to making scammers truly furious - just keep talking over them, telling a long rambling story, to the point of them raging about how much you talk and how you won't listen.