Only in It for the Money 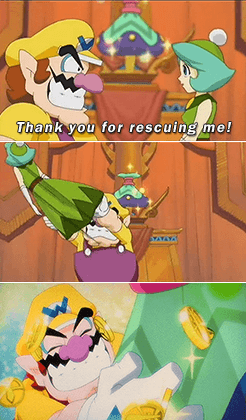 It looks like Wario didn't want cake.
"This mission doesn't sound like good business... but your Illusive Man can move a lot of credits."
— Zaeed Massani, Mass Effect 2
Advertisement:

Some heroes do what they do for honor, some for glory, some For Great Justice. Others are only looking for the cash. This attitude is held by people who are honestly greedy, just need a living, or don't want to act like they care. Characters fitting this attitude are often Hired Guns and the Bounty Hunter. In fact, the Evil Overlord List states that bounty hunters should only be hired for money; those that love the thrill of the chase are too likely to give the prey a chance to get away. Of course even this can backfire if The Hero is Genre Savvy and has access to the funds to pay said Hired Guns more to turn on the villain.

This is a sub-trope of Not in This for Your Revolution. Money, Dear Boy is when it happens in Real Life. Villains who say this are likely to be Punch Clock Villains who work for the bad guys because Evil Pays Better, and might show that Even Evil Has Standards. On the other hand it might show they're a Greedy creep who doesn't care about anyone. Contrast the Psycho for Hire, who while equally villainous, has other motivations. Compare to Signed Up for the Dental.

This may also provide an Evil Versus Oblivion motive if the Big Bad proposes either to destroy everything, or even simply to destroy the economy. A character following this trope but on the heroes' side may, if asked for further help, claim that said help is Not in My Contract.