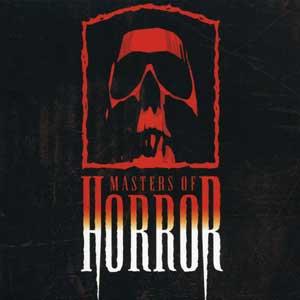 Their wildest dreams are your worst nightmares.
— Tagline
Advertisement:

The idea sprung from a series of dinners that Garris had held with other horror film directors, and the satisfying experience and the directors' admiration of each others works lead Garris to create this series in 2005. The basic idea was a series of one-hour films, each directed by a well-known horror director. The series featured contributions from directors as diverse as Dario Argento, John Carpenter, Tobe Hooper, John Landis, and Takashi Miike, and received wide critical acclaim.

The series ran for two seasons on Showtime. Fear Itself, another Genre Anthology in the same format and created by the same team, premiered on NBC in 2008, and was cancelled after its first season. Another similar show called Masters Of Science Fiction (again from the same creators) premiered on ABC in 2007, but only ran six episodes before being cancelled. Masters of Italian Horror is also in the works, focusing solely on Italian directors. IDW Publishing is also adapting several of the episodes as comic books.

For tropes from specific episodes, check the Recap page.