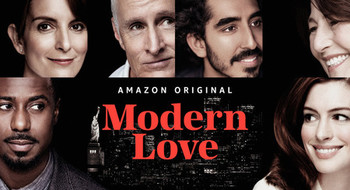 "And yet love is so universal."
"Just you and me
Through the wind and hail
Setting sail into the world"
— "Setting Sail", Gary Clark
Advertisement:

Please put episode-specific tropes on the Recap page for the series and keep general tropes on this page.