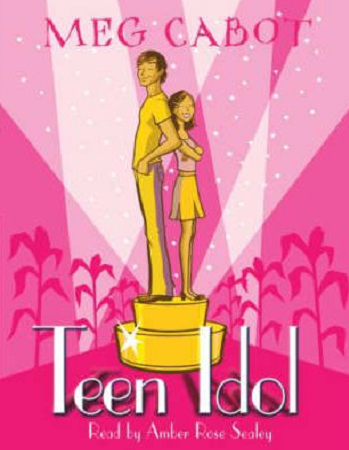 High school junior Jenny Greenley is good at solving problems ... so good she's the school newspaper's anonymous advice columnist. Even if solving other people's problems doesn't make her own—like not having a boyfriend—go away, it's still fun. But when nineteen-year-old screen sensation Luke Striker comes to Jenny's small town to research a role, he creates havoc that even levelheaded Jenny isn't sure she can repair ... especially since she's right in the middle of it.

Can Jenny, who always manages to be there for everybody else, learn to take her own advice, and find true love at last?

Tropes in Teen Idol Include: