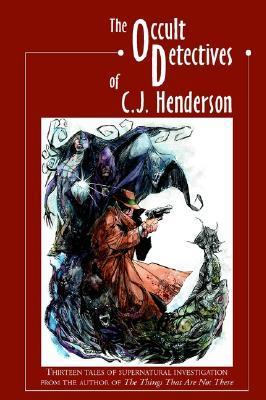 "He's a private investigator with an eerie knack for solving eerie crimes. He's got a gun named Betty, a knife named Veronica, and the strangest contacts - spiritual and otherwise. When it comes to things that go bump in the night, call Teddy London, P I….

The star of an Urban Fantasy / Occult Detective series by Christopher John "C. J." Henderson, Theodore "Teddy" London started out as a normal detective, until the day he met Lisa Hutchinson: a woman suffering from strange dreams and the sensation that she was being followed. Her case ultimately turned out to involve flying monsters and an Eldritch Abomination seeking to invade our dimension and obliterate everything in its way, setting London on the path of his own destiny: as The Destroyer, the only man who could save the world from said Eldritch Abomination. Later cases would feature vampires in Chinatown, Satan, a werewolf and Greek gods, all of them very different from the traditional versions.

The series originally ran from 1992 to 1995, and consisted of six books published by Berkley Prime Crime under the pen name of Robert Morgan; books 1 and 2 were reissued years later under his own name and with a short story added to each:

Henderson later released two new books (set between Some Things Never Die and The Thing That Darkness Hides), and a handful of related anthologies, prior to his death in 2014: