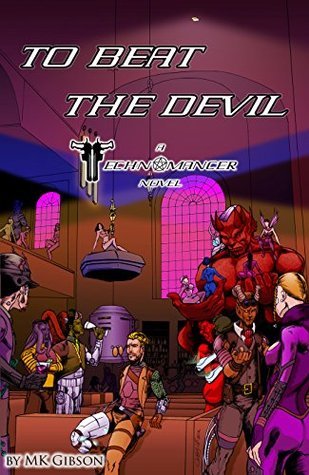 A typical night at the club.

The Technomancer series is a Cyberpunk Urban Fantasy series by Michael Gibson. It is one hundred and seventy-five years after humans accidentally caused God to abandon the world and demons to take over the planet. Rather than simply destroy or enslave humanity, they've instead established a decadent technologically advanced civilization where humans sit at the bottom of the social order serving their wired infernal masters.

Salem is a Lightrunner, specialized couriers who do jobs for the demonic nobility or anyone else who can afford it. Recruited by a mysterious client named Grimm, he soon finds himself part of what little resistance remains against the new order. Whether he wants to be or not. Oh and The Man Behind the Man may be the devil.

The novel series consists of: