Voice with an Internet Connection 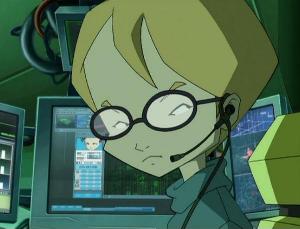 "Okay XANA, what do you have in store for us this time?"
"I'll send you the valve locations as you go. Damn if the internet isn't a thing of beauty."
— Zeke, inFAMOUS 2
Advertisement:

The Voice with an Internet Connection is the helpful person at the other end of the main character's earpiece. They give the character all sorts of useful advice that is either blisteringly obvious or frustratingly cryptic, presumably sourced from the Internet or some other information compendium.

The character varies in personality from grizzled commanding officer to cute young nurse to English scholar, but the two things the Voices have in common are a complete knowledge of whatever the main character happens to be doing and a complete lack of physical presence. Most often, this character is the opposite gender to the character to whom he or she speaks.

The Voice with an Internet Connection serves two purposes. The first is as a way of explaining things about the world to the player or viewer, and the second is to give a solo character someone to talk to, allowing character development for somebody who'd otherwise be silent for the duration. If the main is the strong and silent type the Voice talks more, sometimes saying what the main normally would.

The name Voice with an Internet Connection is taken from the fact that these are the archetype's only defining traits, and in many cases, the character's only role. Naturally, therefore, the character appears far more often in modern day and science fiction than in other genres, and almost never in fantasy, where the Voice's role is generally played by a more physically present bookworm. However, the "internet connection" needn't be literal — every once in a while you may see, for example, a distant wizard sending the results of his scrying.

This character is prone to dying, probably because they're a mentor of sorts and the job comes with its occupational hazards. They may also betray or demoralize the protagonist, or in video games, the player.

Related to The Voice, Voice-Only Cameo, Expositron 9000 and Mr. Exposition, the Voice with an Internet Connection is distinguished from them by being a disembodied character who advances the plot as well as a character with a distinct personality.

An inversion of the above may be considered a subtrope, where you are the Voice with an Internet Connection and you have to assist a character in a remote and dangerous situation; these are generally variants of the Visual Novel with branching story paths and multiple endings, and were recently popularized by the mobile game Lifeline.