For other works titled Lifeline, see the disambiguation page. 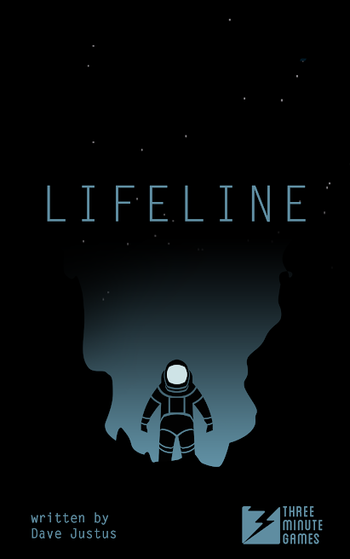 "Hello? Is this thing working? Can anyone read me?"
— Taylor
Advertisement:

Lifeline is a series of mobile games for iOS and Android, published by Three Minute Games. The series format is essentially that of interactive fiction, with multiple dialogue options and branching story paths and endings. Rather than directly playing the protagonist, however, you take the role of a random schmuck who's intercepted someone's transmission, and now have to offer them advice and try to guide them through dangerous situations.

The series is also unusual in that the stories play out in real time. While the character you're in contact with is asleep or unconscious or otherwise busy with a task, you will have to wait it out for minutes or even hours until you hear from them again. While you do have the option of fast-forwarding past these once you've completed a story path in each game, it greatly helps with the immersion into the story, and the suspension of disbelief that there's a real person on the other end of your phone or other mobile device.

There are currently seven playable games in the series, the last of which was released in 2016. While an eighth title, Whiteout 2, was released in 2017, it was only available in the now-defunct Lifeline Library and Lifeline Universe apps which have since been removed from mobile stores.

Not to be confused with the PlayStation 2 video game Operator's Side, which was also titled Lifeline in North America.

The Lifeline series provides examples of: