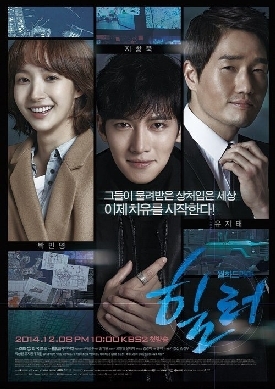 A 2014-2015 action thriller Korean Drama which focuses on a mysterious night courier, a tabloid reporter who aspires to be a 'real' reporter, and a renowned journalist, united by the mystery of a decades-old incident involving a group of friends who ran an illegal broadcasting station.
Advertisement:

The series was a big hit when it first aired, and is currently available on Netflix.