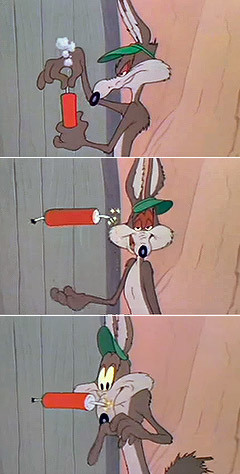 "Being a genius certainly has its advantages."
"I'll give you a description. A forked tongue, little beady eyes, and he slithers on his belly. You'll find him easy. Just look under rocks."
— Mrs. Kandell, Dragnet 1967, "Burglary: Mister"
Advertisement:

The Smug Snake is a type of character (usually a villain) who tends to treat friends and enemies alike with equal disdain. They almost constantly speak in a sarcastic tone and punctuate most of their sentences with a smirk. While they aspire to be a formidable and awe-inspiring adversary, they often just become a Big Bad Wannabe, failing in the face of more cunning villains or becoming their servants, in which case they'll generally be The Starscream. Others that fall under this trope are simply in it to bug the good guys and take advantage of their moral insecurity.

A key character trait common to Smug Snakes is overconfidence. The Smug Snake is usually too arrogant to be rattled. Oftentimes, they will view themselves as a Magnificent Bastard. While they may believe that they have the situation under control (whether they do so through blackmail, manipulation, or simply being in a position of authority), there will usually be a hole in that plan that they failed to consider. Perhaps they underestimated their opponents' abilities and claimed themselves unbeatable, or maybe they made a really stupid mistake along the way. They may even taunt someone or something even when common sense dictates that doing so is a good way to get themselves killed. Once that realization hits, expect the Snake to lose their cool right before everything starts falling apart for them. They are not necessarily entirely incompetent, stupid or ineffectual, however, and may succeed with at least part of their goals, but they are still lacking that charm and grace that the Magnificent Bastard possesses, and even the clever ones all too often ultimately are Too Clever by Half. Often a Know-Nothing Know-It-All too, to inspire added bile, though still enough to take the 'sympathetic' out of Ineffectual Sympathetic Villain (the best of them are Insufferable Geniuses heavy on the former and light on the latter). If a Smug Snake considers themself a Magnificent Bastard, then they're a villainous Small Name, Big Ego. When things go badly, the Smug Snake may reveal themself to be a Dirty Coward and pathetically grovel when a former victim asks Who's Laughing Now? or beg the victim to save them in the event of outside danger.

Mostly, a writer will purposely introduce a Smug Snake as a target for audience hate by making them Kick the Dog or bend the rules to get their way and come out smelling like a rose. Basically, this is a villain that's made to be hated and the audience will enjoy hating. This, like all other tropes, can backfire if misused. If the writer still tries to foist the character as a Magnificent Bastard when their previous actions have proven otherwise, the audience will likely stop enjoying hating the character, and instead genuinely hate them as much as they would The Scrappy or the Creator's Pet. Evolving a Smug Snake into a true Magnificent Bastard could be doable, in theory, but shouldn't be attempted lightly, and has only been pulled off successfully in fiction a few times. Ever. Of course, the author might be deliberately doing this, playing a villain up as a Magnificent Bastard when it comes to getting the power they crave, but proving to be so inept at wielding that power once they finally have it that they ultimately are a Smug Snake instead. The line between those two tropes is thinner than it looks after all and the further someone overestimates themself and underestimates the others the closer they lean to Smug Snake territory even if they are normally a Magnificent Bastard. So it is a state of mind directly proportional to the overconfidence and a character who has a good reason to have a high idea of themself will need to exaggerate their self-worth more to reach it than someone who hasn't.

The Smug Snake will rarely be a Draco in Leather Pants, because, as previously stated, they're often created intentionally to be loathed by the audience. (However, it is possible for this to happen, especially if the character is physically attractive — the Trope Namer himself is an example.)

If the Smug Snakes are literally snakes, then it also overlaps with Snakes Are Sinister.

Contrast Worthy Opponent, Evil Is Cool and Magnificent Bastard, who inspire respect and/or admiration from their opponents/the audience, and Awesome Ego, whose brash cockiness is part of their charm (although any of these may be perceived as a Smug Snake by an audience via Alternative Character Interpretation or simply poor writing). Compare and contrast Smug Super, for when the person's arrogance and ego can actually be backed up with feats.

Sub-Trope of the Sin of Pride.

Sometimes Truth in Television, but let's leave it here, so No Real Life Examples, Please!