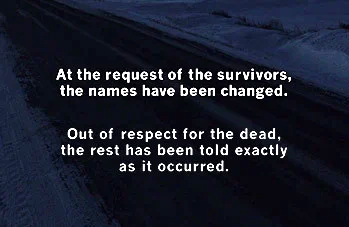 "The story you are about to hear is true. Only the names have been changed, to protect the innocent."
— Dragnet
Advertisement:

A fictional account of Real Life events, loaded with Captain Ersatzes of real people. These are often autobiographical or Ripped from the Headlines. These differ from Inspired by… and Very Loosely Based on a True Story in that the story is not dramatized, merely retold with different proper nouns. (Which isn't to say that no Artistic License whatsoever is taken.) Historically, many of these have been great success merely from people in high society buying them to figure out if they are one of the characters.

The name is pronounced "Ro-mahn ah cleff." It's French for, roughly, "novel with a key" (read: decoder ring). As seen here

on The Other Wiki, sometimes the key to who the names were supposed to be would be published and in circulation. It has nothing at all to do with unusual Italian musical notation or Dr. Alto Clef.

This literary technique also runs the risk of provoking the Streisand Effect.

Compare with Very Loosely Based on a True Story, Biopic, Docudrama, Anonymous Ringer or Historical Domain Character. For an inversion, see Biography à Clef, where Captain Ersatz of fictional characters and events are retrofitted to tell the life of the artist and creator.

See also Spell My Name with a Blank.