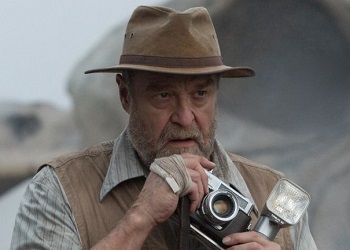 "I'm sorry for your men. Believe me, I truly am. Get us home. With proof. So that we can send the cavalry."

"I spent the last thirty years trying to prove the truth of what I learned that day. This planet doesn't belong to us. Ancient species owned this Earth long before mankind, and if we keep our heads buried in the sand, they will take it back."

A senior Monarch official in charge of the expedition. 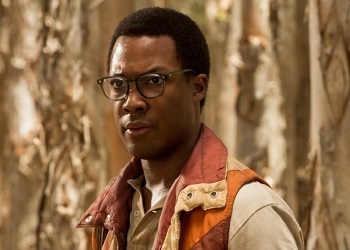 "Welcome to Monarch. This island... is just the beginning." 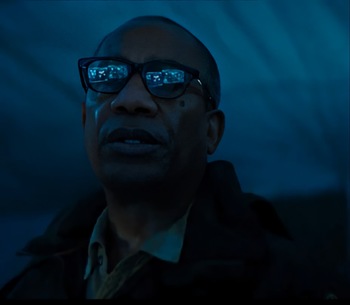 "The world never belonged to us. It belonged to them. The question is, how long 'til they take it back? Kong is not the only king."

A young geologist and graduate of Yale University who was recruited by Monarch for his groundbreaking theories on seismology. Later in life, he is one of the Monarch scientists who witnesses Mothra's final form. 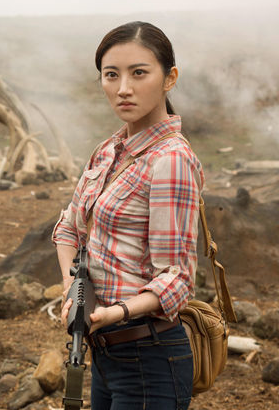 A young biologist working for Monarch.

"You are going to tell me everything I don't know or I'm going to blow your head off."

"It's time to show Kong that man is king!"

A United States Army Lieutenant Colonel and the leader of the Sky Devils helicopter squadron hired to chopper the group of explorers on the expedition. 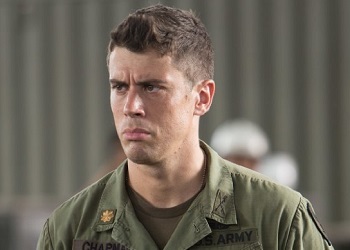 "Dear Billy, sometimes life'll just punch ya in the balls."

A U.S. Army Major and Packard's right-hand man. He's eager to get back to his son, Billy. 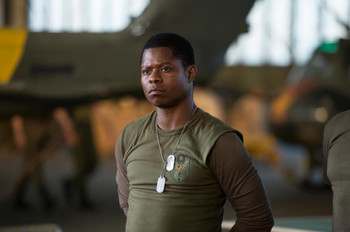 "We just got taken out by a monkey the size of a building!"

"We just got taken down by a monkey the size of a building!" 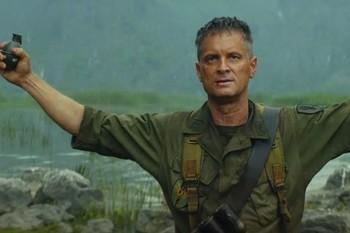 "I admit, that was an unconventional encounter."

"Sometimes the enemy don't exist 'til you go lookin' for one."

A seasoned Captain of the Sky Devils with a "unique" perspective on the mission. 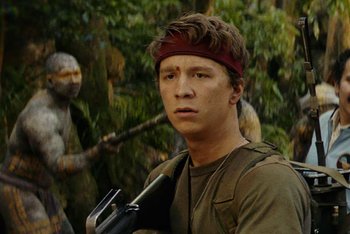 "We're really not gonna talk about it? You know this is not normal, right? Stuff like that doesn't just happen!"

A young bandanna-wearing hipster and warrant officer of the Sky Devils known for carrying a portable record player.

"Dear Billy, this place is hell."

A senior Landsat official on the expedition.

A Landsat employee on the expedition. 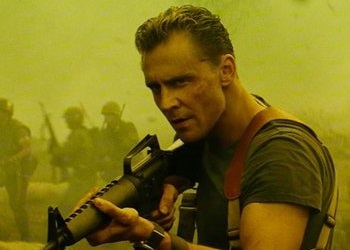 "I guess no man comes home from war, not really."

"An uncharted island? Let me list the ways you're going to die. Rain, heat, mud, disease-carrying flies and mosquitoes. Sure, you could load up on the atabrine for the malaria, but what about the other bacteria? And we haven't even started on the things that want to eat you alive."

A disillusioned former British Special Air Service Captain who served in the Vietnam War. He is then hired as a tracker for the expedition by Randa. 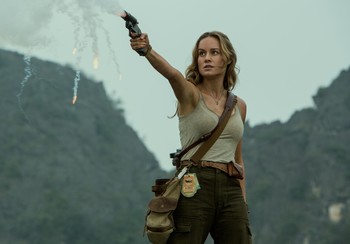 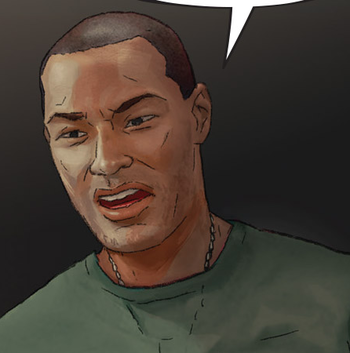 "My father—Monarch—wants Skull Island kept secret forever. But to Hell with that. I'm not entrusting humanity's survival to a giant monkey, not without a lot more assurance. It's that simple."

The son of Houston and Lin, Aaron is a young security officer for Monarch who went rogue, taking his team on an unauthorized expedition to Skull Island in 1995 to gather evidence of its existence and expose it to the world at large. He's been missing since. 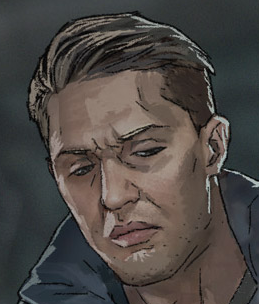 The cryptobiologist of Aaron's team. 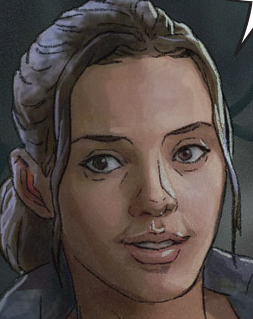 The combat medic of Aaron's team. 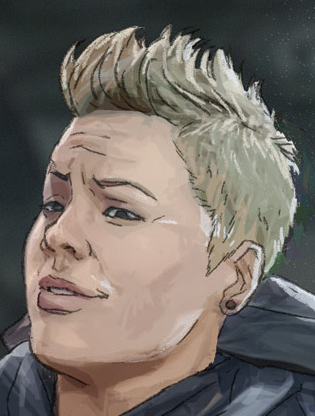 "We're 15,000 feet above a monster-infested island, flying through a hurricane in a misappropriated military prototype. Why worry?"

A survival instructor and former Navy legend, she roped in the team's pilot Cejudo. 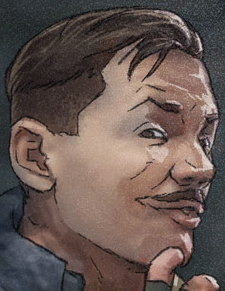 "Your father only scratched the surface, Aaron. We will unlock the secrets of The Mountain-Who-Thunders-Death." 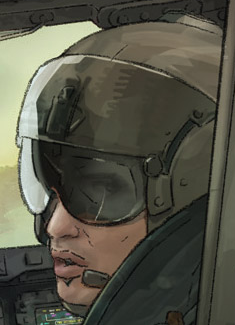 "Adventure of a lifetime, Captain—Go!"