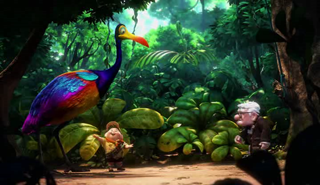 Found it.
"The following items do not exist: Keys to the Drop Zone, a box of grid squares, blinker fluid, winter air for tires, canopy lights, or Chem-Light ® batteries." note Note that in a bit of Technology Marches On, the last of these does exist now.
— #152 on Skippy's List

A common hazing ritual in real life, a Snipe Hunt consists of sending the Butt-Monkey, Naïve Newcomer, or a Bumbling Sidekick out on an impossible or imaginary task to get them out of the way or humiliate them. Oftentimes used in comedy as a B-Plot to the main action, and a common ending involves the getter finding what they were sent out to get (even if it was, say, a unicorn) or finding the wrong thing and having hilarity ensue. Bonus points if the finder locates the imaginary item or accomplishes the Impossible Task right away.

Named after a common practical joke that involves sending a newcomer out to catch a snipe, a real-life marsh-dwelling bird

that riflemen find extremely difficult to get a piece of (hence the term "sniper", implying that the marksman has enough skill to consistently bring down that same tricky bird), in a bag. The victim is left there "holding the bag" as part of the humiliation. Also commonly referred to as a fool's errand, and may overlap with You, Get Me Coffee. (Interestingly enough, the term "snipe hunt" is so much more well known than the actual bird that many people are surprised to find out that there really is a bird called a snipe.)

The fictional version of the snipe is often described as a rather horrific creature. Usually something akin to a werewolf, or mutant bird. Fictional snipes are usually described as being all black with glowing red eyes.

On occasion, someone who sends a new-hire on a Snipe Hunt will have dramatically underestimated his target's intelligence; one semi-famous example is that of a new Navy recruit being sent to the engine room to get a 'bucket of steam', only to return ten minutes later with a pail full of dry ice! If it was supposed to be a genuinely Impossible Task, such an act of We Do the Impossible can set a character up as either a genius, a badass, or at least a master of lateral thinking.

In a real-life work situation, Snipe Hunts are met with a variety of responses depending on the nature of the workplace — while a less 'formal' atmosphere, like your local FutureShop, might just shake their heads and bear the tradition, a lawyer's office is much more structured, and a Snipe Hunt means that you're holding up someone's (possibly time-critical) files in order to play a useless prank.

Oftentimes, the character returns only to be sent out again, to fulfill a more specific version of the demand, e.g.: "I wanted a red flower" Or, "Get me DIET Soda".

And sometimes, the person actually wasn't meant to go on a snipe hunt but takes a joke literally. Akin to: "Go jump off a cliff." "Okay"!

The deadly version is The Uriah Gambit when someone is sent on a dangerous mission by a "friendly" party who secretly wants them dead. See also "Shaggy Dog" Story and Wild Goose Chase.

Not to Be Confused with trying to find a sniper in a battlefield or action star Wesley Snipes. See also Windmill Crusader, where the participant fails to complete the search.