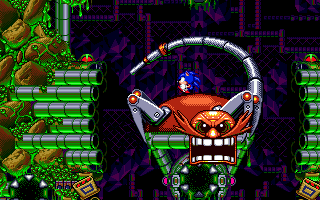 If you think that's bad, just wait until you hear the screeching it makes.
No, not even the Blue Blur can be trusted not to give kids nightmares.

These entries have their own pages: