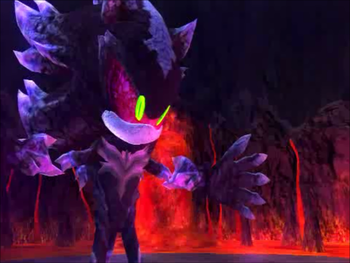 He has no mouth... and you will scream.
Advertisement:

Despite the reputation this game has garnered, it's still one of the darkest games in the Sonic franchise as the below entries will show you.

From the game proper