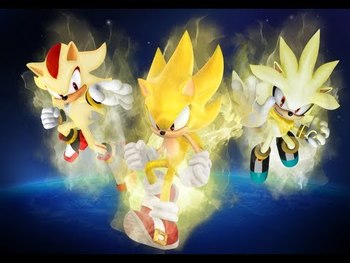 Not one, not two, but three super-powered hedgehogs. And one of them has Psychic Powers.
Advertisement: