Spoilers are abundant in this page, so they're UNMARKED per wiki policy. You Have Been Warned! 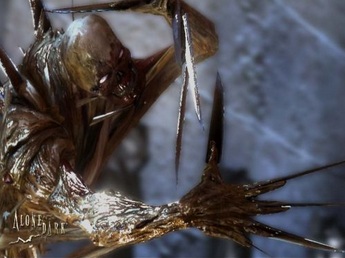 There are VERY GOOD reasons to be afraid of the dark...
Advertisement:

Movies aren't the only thing scaring the daylights out of people in media. The pits of gaming are stock full of things that will traumatize gamers for years.

This section is in alphabetical order by game/game series. Before you add examples here, check the index above and make sure the game/series doesn't already have its own page.

Game consoles
No one thinks of consoles themselves to have Nightmare Fuel, but they can actually do. Especially when they fail: consoles tend to bring up something terrifying whenever they run into a problem.