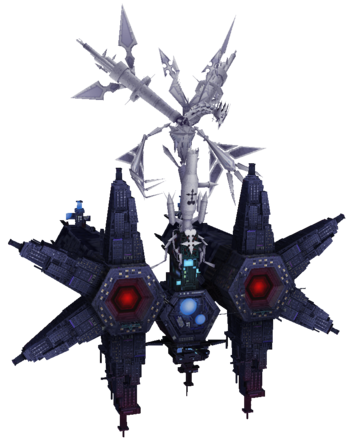 Featuring a Supervillain Lair that doubles as an Eldritch Abomination.