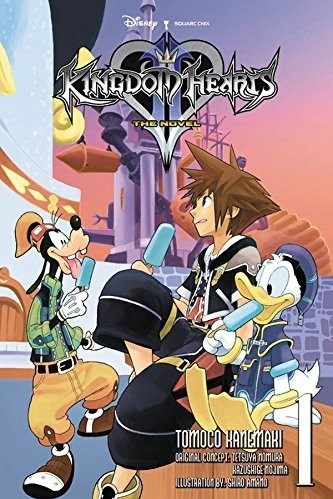 Volume 1
What is a heart? I don't know. Sora... Do you know? The mystery of the one great heart...Kingdom Hearts. It doesn't make sense to me. Hey, Sora... Can you tell me?
Advertisement:

Tropes relating to this novel:

"Looks like my summer vacation...is over." As he spoke, a soft light enveloped them. A sweet, peaceful light. A light that was complete. "Sora..." At Roxas's whisper, he awoke.