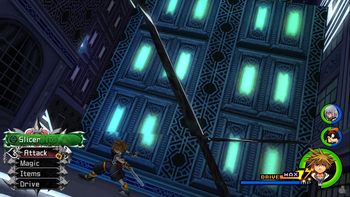 What was that you were saying about the Keyblade not having a sharp edge?
Advertisement: