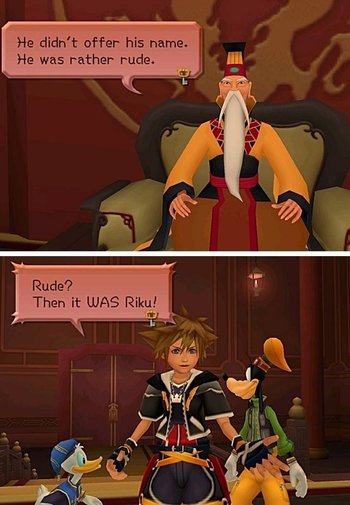 Best friends of over ten years, people.note Sora's not actually wrong, either.
Advertisement:
open/close all folders
The Game
The Manga
The Novel