"Day of the Week" Name 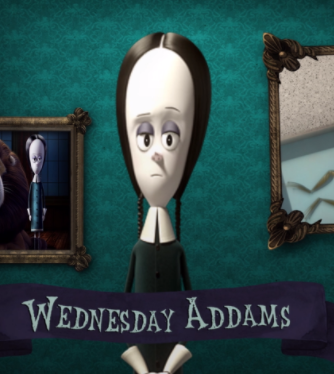 In many traditions, for a very long time, a handy shortcut to giving a child a Meaningful Name has been to name that child after one of the days of the week.

This is useful because each weekday has an array of meanings. Many European languages derive their names from the Roman practice of naming them after the Roman gods, either by adopting the Roman names or by substituting them with similar local gods (e.g. Germanic gods). From the original Latin, we have Monday as "Dies Lunae", Moon's day, Tuesday is "Dies Martis", Mars' day, Wednesday is "Dies Mercurii", Mercury's day, Thursday is "Dies Iovis", Jupiter's day, Friday is "Dies Veneris", Venus' day, Saturday is "Dies Saturni", Saturn's day, and Sunday, "Dies Solis", which is... Sun day.

This is easier to remember in Latinate languages. The days of the week in French, for example, are Lundi, Mardi, Mercredi, Jeudi, Vendredi, Samedi and Dimanche. In Spanish, those days are Lunes, Martes, Miercoles, Jueves, Viernes, Sabado, and Domingo. An exception but still easy is Portuguese, where considering Domingo is the first day, the five following it before Sabado are "[ordinal number]-feira" starting with second (Segunda, Terçanote Though that's "third" as in fraction, in ordinal it would be "terceira", Quarta, Quinta, Sexta).

From the Germanic languages, we have Sunday as The Sun's day (Sunna), Monday as Moon day (Máni), Tuesday as Týr's day, Wednesday as Wotan's/Óðin's day, Thursday as Þór's day, and Friday as Freyja's day; in English, Saturday is unique in having a Latin-derived name, elsewhere it is bathing or pool day (Laugardagr). Hooray!

This pagan-based naming has ticked off the Catholic Church, so some countries with lots of Catholic influence will have boring names, based on what prayers should be done. Or even more mind-numbingly uninventive: long ago in Iceland, a Catholic bishop renamed Tuesday to "third day", Wednesday to "middle week day", Thursday to "fifth day" and Friday to "fasting day." The Quakers also used numbers for days of the week instead of honoring Pagan deities (Sunday was the first day, etc).

So, anyway, naming a character in this way is a good way to connect him to some of these previously described figures. Also, naming a character after a weekday may imply he is similar to the day's feel (See Seinfeld). Someone named Monday can't be fun, because Garfield hates Mondays, right? On the other hand, Saturday must be super fun to hang out with, and, ladies, he's single.

Another way is getting away with naming a character after a month. This is not as meaningful because some people actually do name their kids after months (April, May, June), and, not only that, we still use two month names originated by Roman emperors with considerably large egos (July and August, for Julius and Augustus).