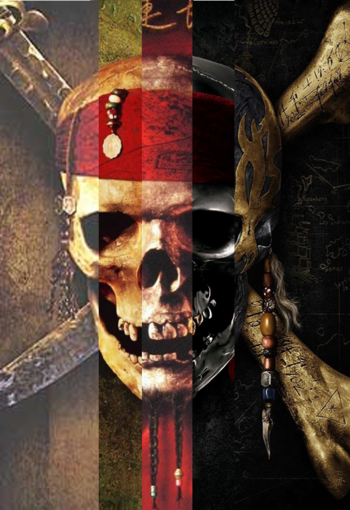 Yo ho, yo ho, a pirate's life for me! note From left to right skulls, The Curse of the Black Pearl, Dead Man's Chest, At World's End, On Stranger Tides and Dead Men Tell No Tales.
This is the tale of Captain Jack Sparrow,
Pirate so brave on the seven seas!
A mystical quest to the isle of Tortuga,
Raven locks sway on the ocean's breeze!
— The Lonely Island ft. Michael Bolton, "Jack Sparrow