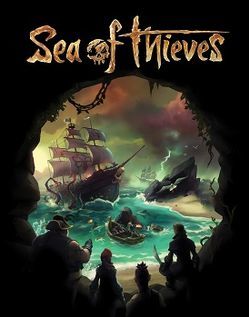 Sea of Thieves is a First Person Wide-Open Sandbox Pirate game made by Rare and published by Xbox Game Studios exclusively for the Xbox One and Windows 10, and was later released on Steam. This marks the first time since Banjo-Kazooie: Nuts And Bolts in 2008 that they have been the primary developer of a non-Kinect title.

The game is set in a persistent online world, where players can interact with each other in a wide variety of ways. They can form crews and man their own ship as they set sail to the seas in search of treasure in the massive world. At the same time, they must watch out for enemy crews who possess more malicious intentions. The world is large, and entirely handcrafted, said to take "6-8 hours" to travel from one end to the other. It was released on March 20, 2018.

On June 13, 2021, it was announced Rare had partnered with Disney for a crossover with Pirates of the Caribbean for an original adventure, "A Pirate's Life", where players get to hang with Jack Sparrow on one of his escapades. The expansion released on June 22, 2021.