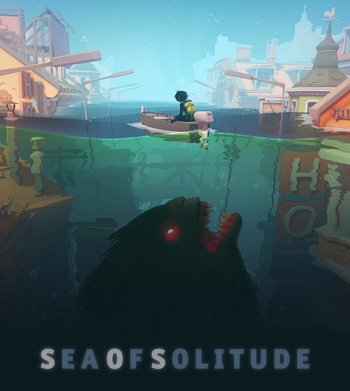 Sometimes, loneliness is the worst monster of them all...

Sea of Solitude is a Video Game developed by German studio Jo-Mei Games and published by Electronic Arts as part of its EA Originals program. The game was released on July 15, 2019 for Playstation 4, Xbox One and Microsoft Windows.

The story follows Kay, a girl who awakens to find herself in the body of a monstrous humanoid creature. In order to discover why she has turned into a monster and how she can return to normal, she explores an abandoned city submerged in water while also avoiding other dangerous creatures that inhabit the city and lurk in the shadows.