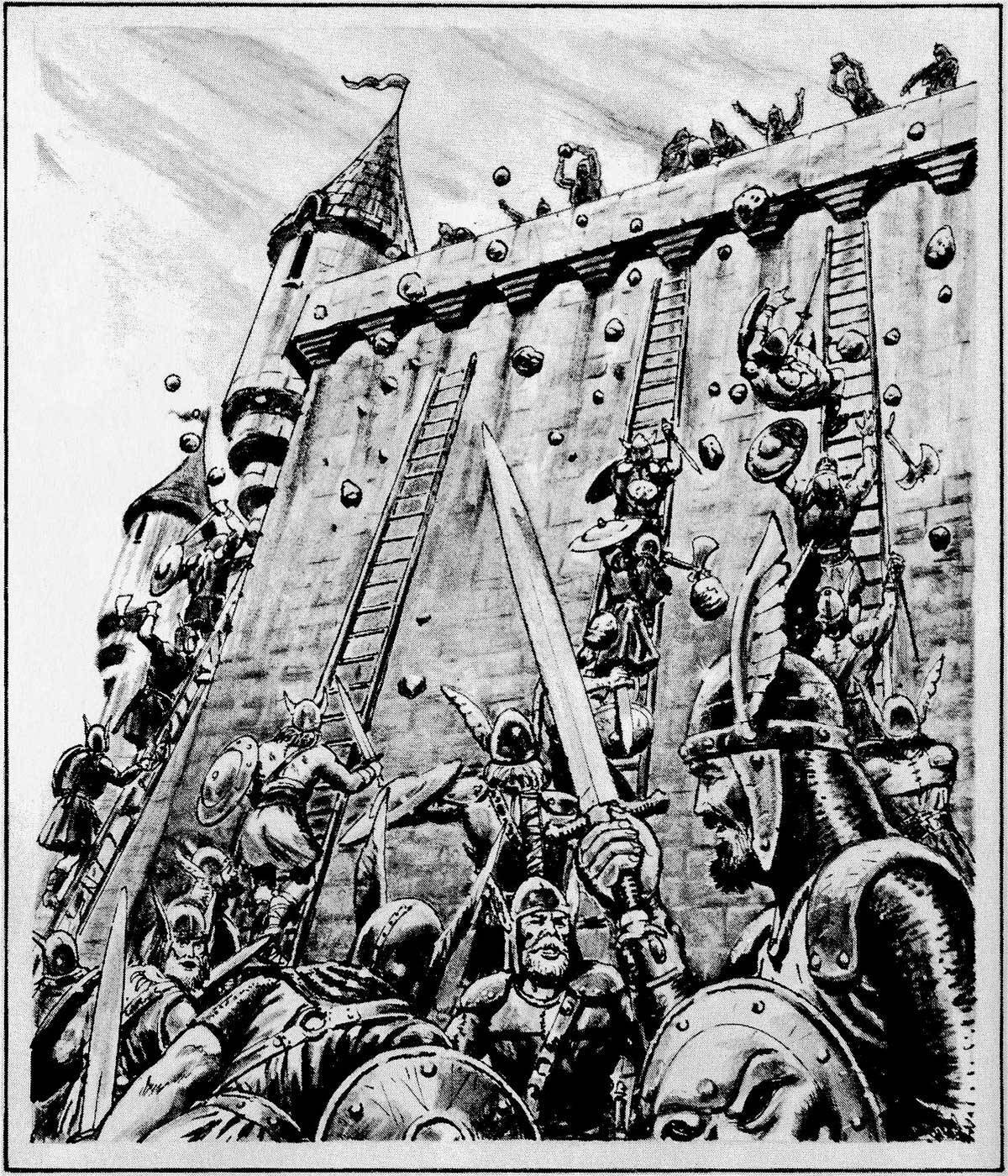 "The first card was The Tower. Maybe that was supposed to be the Manor. It got easy after that. The Devil was the master of the house, and Death was me, coming for him."
— Max Payne, examining some Tarot cards
Advertisement:

There are really only a few good ways to end an action movie. You've got your car chase, your mano-a-mano showdown, and your grand, sweeping Final Battle (and maybe something else. Or maybe not. Whatever). These are all well and good, but sometimes the Big Bad isn't gracious enough to come to you. In that case, you'd better go to them.

That means it's time to gear up and assault the bad guy's home base. Sure, maybe it's guarded by countless extremely well-trained warriors, a squad of bounty hunters looking for your head, and even The Dragon, but what choice do you have? Maybe the villain's stolen your secret sauce recipe, and he's not afraid to use it. Maybe he's gonna force your girlfriend to marry him. Maybe he just can't be trusted not to come back worse than before. In any case, the only way to stop him is to take him down.

In Real Life, particularly during the Middle Ages, actually storming the castle was the tactic of last resort, due to how most fortifications are built specifically to give the defenders every advantage possible. This is why they're called "fortifications". Any sort of direct assault on properly built and manned fortifications required a hell of a numerical advantage, very solid morale, and often repeated attacks — and even then it would be an absolute bloodbath. More often sieges were won by cutting off the defenders from supplies and starving them to death or surrender (which could take years), by breaching the defenses from the outside and marching in that way (not always practical), or by convincing enemy soldiers within the defenses to Turn Coat and let you in (very difficult). Going through the front door is almost always a suicide mission (assuming it's even possible), but it sure is entertaining.

While Storming the Castle can take place before the story's climax, the results are generally less dramatic. If a villain does this to the heroes, it's All Your Base Are Belong to Us and/or The Siege, in which a small number of heroes Hold the Line against numerically superior invaders. Weirdly, the good guys tend to win no matter who's attacking what... or at least they do most of the time.

If the heroes do manage to breach the castle, expect a Throne Room Throwdown.

May constitute a Suicide Mission. Compare Foe-Tossing Charge, which is on a smaller scale. Mook Depletion and Critical Staffing Shortage can make this smoother as it means less guards.

In a variant, instead of directly attacking the castle with massive forces, a small party will sneak in (through the sewers, disguised as delivering supplies, Dressing as the Enemy, etc.) and attempt to take the castle from within.