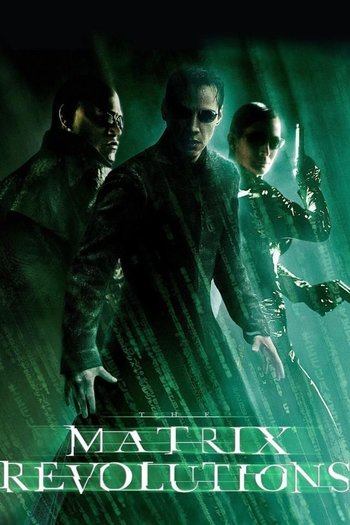 "Everything that has a beginning, has an end."
— The Oracle

The Matrix Revolutions is the second sequel to The Matrix and the third film in the Cyberpunk franchise of the same name, written and directed by The Wachowskis and released on November 5, 2003 a few months after its predecessor, The Matrix Reloaded. Both Reloaded and Revolutions were filmed back-to-back.

The story follows up directly from the previous film. As the machines reach humanity's real world stronghold of Zion and begin their implacable assault, Neo attempts to defeat Agent Smith, who has now all but taken over the Matrix, and end the war altogether.

For a time, this film served as a Grand Finale for the Matrix trilogy... until a fourth film, The Matrix: Resurrections, was greenlit, to be released on December 22, 2021.