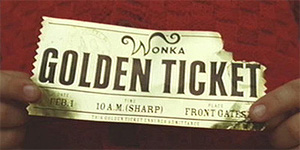 for Harry Potter and the Half-Blood Prince
Advertisement: