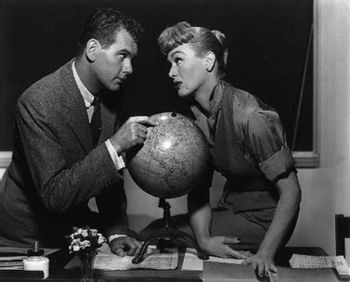 In September 2016 Our Miss Brooks returned to syndication, being shown weekday mornings on MeTV. The progam is currently being shown by the Decades network.

Our Miss Brooks provides examples of: