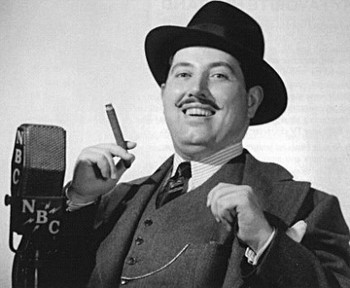 A comedic radio program that ran on NBC from 1941–1957, centering around the life and exploits of Throckmorton Philharmonic Gildersleeve (played by Harold Peary until he left in 1950 and was replaced by Willard Waterman), who acts as guardian to his niece Marjorie (originally played by Lurene Tuttle and followed by Louise Erickson and Mary Lee Robb), and his nephew Leroy (Walter Tetley). Other recurring characters included the household cook Birdie (Lillian Randolph), Judge Horace Hooker (Earle Ross), Richard Q. Peavey (Richard LeGrand), the friendly neighborhood pharmacist, and Floyd Munson (originally voiced by Mel Blanc and later by Arthur Q. Bryan), the neighborhood barber.

The show began as a spinoff of Fibber McGee and Molly, where Peary's Gildersleeve was a pompous windbag who became a consistent McGee nemesis. The character soon became so popular that Kraft Foods—looking primarily to promote its Parkay margarine spread — sponsored a new series with Peary's Gildersleeve as the central, slightly softened and slightly befuddled focus of a lively new family.

Most of the series can be found here