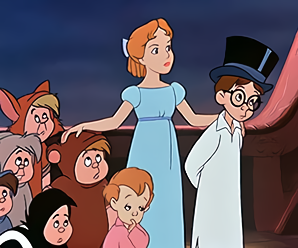 Who said you need to be over 18 to act like a mother?
Janeway: I'm not a parent!
Q: Maybe not in the biological sense, but you're certainly a mommy to this crew. Just look how quickly you housebroke that Borg drone.
— Star Trek: Voyager
Advertisement:

In an ensemble show, especially of the fighting kind, there needs to be someone to hold this Ragtag Bunch of Misfits together before they kill each other or wander off into the woods like so many Player Characters. The Team Mom basically acts as the mother figure for everyone else in the group, regardless of age or family relations. Although the role itself is traditionally female, the Overprotective Dad or older brother can qualify for Team Mom, and the same goes for a Cool Big Sis who grows Older and Wiser. In many cases, she actually is a parent or older sibling to at least one other character.

Not always The Leader in action or adventure, but the leader The Team needs in everyday life and practical matters. Quells fights, makes sure everyone cleans behind their ears and eats their greens. Can be pretty bossy. Usually, they're gentle, cute, kind, and capable of stern mothering (or papaing, even).

Often enough, they're The Medic or The Heart. May be a Nice Girl, White Magician Girl, or All-Loving Hero. If they're a literal mom and a more physical fighter, might be an Action Mom. They are by definition never the loner, and will in fact tend to be the one who pulls them into the cast's orbit as a Sixth Ranger. If anyone can break through and bring about a Heel–Face Turn or Cooldown Hug, it's them.

While they tend to be less combat capable than their teammates, Beware the Nice Ones most definitely applies; if any of their surrogate children or siblings are threatened, they can snap into angry Mama Bear mode and kick some ass. Their absence (be it emotional or physical) will most certainly put the team on edge as their ability to function as, well, a team, comes into jeopardy. Thus these instances serve as a reminder of their value when the team grows complacent. And by the way? Villains should NOT threaten or harm them. Ever. Her family will not be pleased.

The Team Mom is frequently shipped with the Team Dad, for obvious reasons.

See also the aforementioned Team Dad, a role that tends to take a slightly stricter, more disciplinary approach. If these two frequently work together, they serve as the Designated Parents. The high school counterpart is the Cute Sports Club Manager. Related to The Face. Compare and contrast Cool Big Sis, Morality Pet. See also Only Sane Man, Only Sane Employee, Harem Nanny, Promotion to Parent, A Father to His Men, and Apron Matron. May be the person holding the Morality Chain.

Not to be confused with the MTV show Teen Mom.