Literature / The Fight for Home 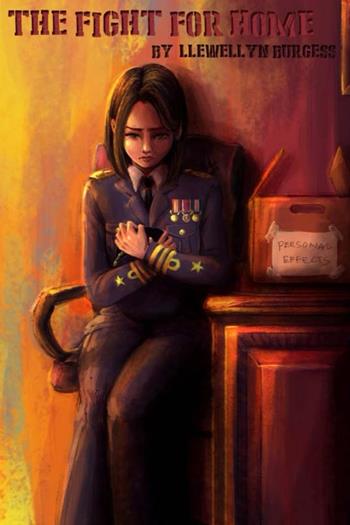 What's right is not always Easy
"My dear, don't ever be afraid of making mistakes. Be afraid of making the same mistake because you are too afraid or proud to admit it in the first place."
John Collins to his daughter Sarah

The Fight for Home is the second book in a two part Series that started with The Osmerian Conflict that concludes the tale of Sarah and her crew onboard the RAINE. The book picks up where the last one left off after jumping away from Osmerian Space. The crew now very weary are forced into deciding if they should confront their former allies the Silicians or head home and make a report. It is at that time they are offered a third option; rebel and unite their somewhat divided forces. Thus the crew completes their transformation into a rebel ship and calling upon their unusual allies from the first book use every bit of leverage they can to expose those who are gaining from the conflict.