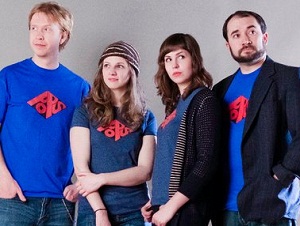 A YouTube-based serial about four twenty-somethings sharing an apartment together in Chicago. Oh yeah, and they all happen to have superpowers.

The show revolves around Donald, Jonas, Sebastian, and Virginia trying to go about their lives while also trying to deal with, and depending on the person in question, either exploit or ignore their superpowers. Meanwhile, a mysterious supernatural entity possesses people in search of an unstoppable force of power... and our super-powered protagonists catch its eye.

Also known as PoPS. The series concluded in 2017, and a full playlist with all the episodes can be found here.