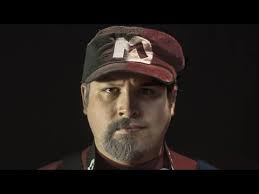 "Tell the Koopa... that Mario is back!"
—Mario at the end of the official trailer

Super Mario: The Plumber Knight Returns is a web series created by Richalvarez, the creator of Stupid Mario Brothers, and serves as a distant sequel to said series, taking cues from both the original Nintendo games and several Batman stories, most notably Batman: The Dark Knight Returns. The first episode debuted on April 17, 2014.

Legendary hero Super Mario has been missing for twenty years, having retired and taken up the assumed name of Michael Camorrelli, a typical Rich Idiot With No Day Job. However, with the rising crime in Ferral City, Mario decides he has to do something and gets back into action, hunting the street gang known as the Goombas and their leader, the mysterious "Koopa."

The Plumber Knight Returns contains examples of the following tropes: