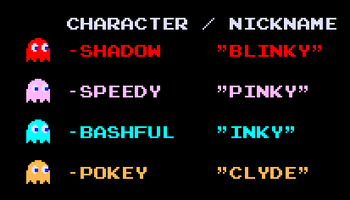 "Join Mandy, Brandy, Andy, and Scurge as they learn how to give a care."
— Mock commercial in Strong Bad Email #155 "theme song"
Advertisement:

In a group of characters with Theme Naming, sometimes one just doesn't fit the pattern.

To the viewer, this is about as subtle as placing a big, blinking neon sign saying "HEY, LOOK! THIS GUY'S IMPORTANT!" above their head even before the character has a chance to do anything, and whether or not they really are important is a matter of debate. For some reason, this character tends to be named Bob, due to the inherent hilarity of the name "Bob". He may also be a Special Person, Normal Name.

Sometimes identifies The Runt at the End. Can also apply to a lapse in Idiosyncratic Episode Naming.

Compare Aerith and Bob, Tom the Dark Lord, Uniformity Exception. May cause The Last of These Is Not Like the Others. Often occurs with Famous, Famous, Fictional.

Mabel introduces the members of the boy band Sev'ral Timez.

Mabel introduces the members of the boy band Sev'ral Timez.