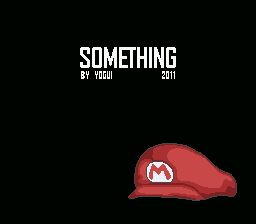 This hack is something.
The Something series is a Super Mario World Rom Hack series by Yogui. The first game stars Mario and the second game stars Luigi.

Tropes in all Games

Alternative Title(s): Something Else