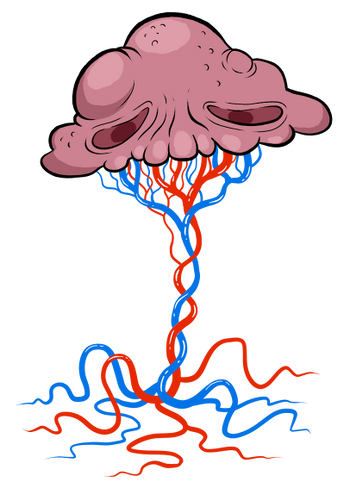 I have enough of a spleenache as it is, thank you.
Advertisement:

Some works, especially commercials, feature parts of the human body with their own separate personalities and desires. The body part in question usually has something to do with the product being sold, and may or may not be connected to a full human body.

For when the individually-sentient parts of the body are depicted as humanoids, see Anthropomorphized Anatomy.