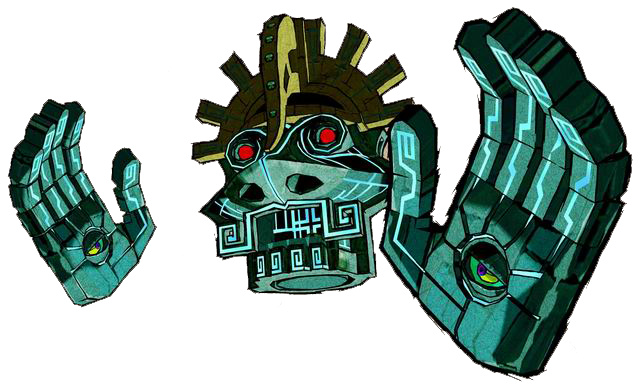 Jazz hands, everybody!
"And here comes the giant fist!!"
-Patrick Star, while playing with a shrunken version of Squidward like an action figure.

A character, usually a video game boss, who fights primarily with giant hands. Due to the versatility of the human hand, this provides a large variety of attacks, not to mention the inexplicable bombs, missiles, etc. they'll inevitably drop. Sometimes, the hands will be accompanied by a giant head. Expect this to be the weak spot, especially the eyes. Bonus points if the hands have eyes on them, too. Expect a certain number of common attacks across games:

Nintendo examples
Nintendo absolutely loves this trope, to the point that only a handful of its franchises do not have it in some way.
Other examples